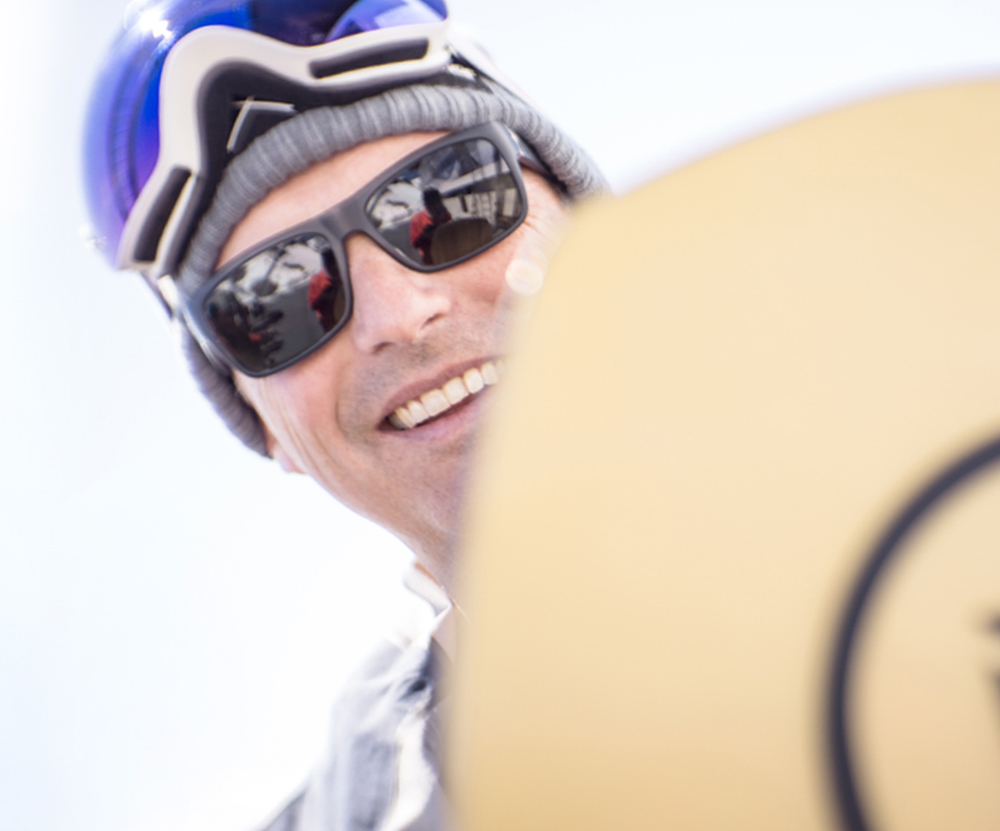 Nidecker is a more just a brand who develop products, it's a true family who believes since day one in snowboarding so do I.

Berti Denervaud is as passionate and talented as they come in the world of snowboarding. His competitive legacy is unequaled. From 1991 to 2002, he claimed over 50 podium finishes in halfpipe, slalom and boardercross competitions combined, including 2 X-Games medals in boardercross. He won the International Snowboard Federation (ISF) overall ranking (halfpipe, combined & slalom events) from 1992 to 1998 and the Halfpipe title in 1995. He also represented Switzerland at the first winter games to include snowboarding at Nagano 1998. Born May 7th, 1970, he has become a legend of the sport not only thanks to his storied career, but also what he has given back to the sport. He was stepped into the role of president of the ISF as soon he retired as a professional. He has also played a major role in the organization of the world’s most prestigious freeride snowboard contest, the Xtreme Verbier. The event serves as the grand finale of the Freeride World Tour for which Berti plays many roles including sports development, resort liaison and judge. At Nidecker he is a precious source of information for the members of our product development team, for whom he puts his years of experience to work providing detailed on snow feedback and precise technical expertise.